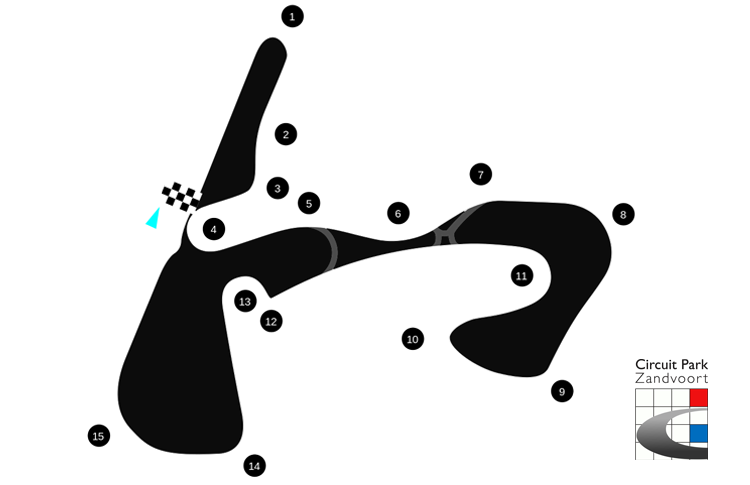 Circuit Park Zandvoort is a motorsport racetrack located in the dunes north of Zandvoort, Netherlands, near the North Sea coastline. It has been the centre of the Dutch racing scene and its most important circuit (at least for four-wheeled racing) since the late 1940s; helping put the seaside resort town on the world stage.

From the outset, Zandvoort was popular with the drivers and teams, and was often used for testing as well as racing. Formula One was quick to adopt the course, organising the first Dutch Grand Prix in 1952, following on from non-championship events held in previous years. Zandvoort would remain a permanent fixture on the F1 calendar until 1985. Gradually, the circuit became a fully enclosed venue, as the public roads which formed part of its routes were closed off. There were no other significant changes in this period, save for the installation of a dividing pit lane wall in 1968 and the erection of Armco barriers around the perimeter in 1972. Still there are concerns as to Zandvoort’s future. Court orders reducing the number of ‘noise’ days led to the Masters F3 event switching to Zolder in Belgium for two years, while the Provincial Executive explored the possibility of creating a replacement course at Julianadorp in the north of the country.

These plans came to nought and some form of stability has since been secured with the signing of a new lease on the land, which should racing continue through to at least 2041.