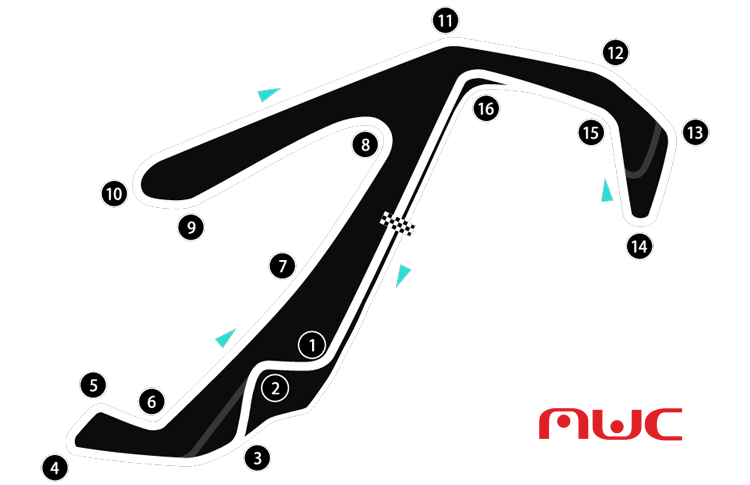 The Misano World Circuit Marco Simoncelli is an Italian race track located next to the town of Misano Adriatico (Province of Rimini) in the frazione of Santa Monica. Originally designed in 1969 as a length of 3.488 kilometres (2.17 mi), it hosted its first event in 1972. In 1993, the track length was increased to 4.064 kilometres (2.53 mi).

As of 2007, it began hosting the San Marino and Rimini’s Coast Grand Prix as part of the MotoGP World Championship.

Racing was first proposed at Misano, near the Adriatic coast, in 1969 when plans for a new autodrome under private ownership were put forward for the first time. While the initial proposals drew some praise, question marks as to their suitability for car racing were quickly raised and a larger parcel of land was acquired. A revised design for the Autodromo di Santamonica was approved in 1970 and construction began in November of that year.

The new circuit was finished by the following year, though it was not inaugurated for racing until August 1972. One unusual element of the new circuit was the floodlighting, which allowed for the staging of night racing.

On 2- 4 October 2015 Misano will host the last GT4 race as a part of Blancpain Sprint Series.